The doorbell rang. Who could be visiting at such a miserable hour?

It was my brother-in-law, Salvatore.

“Gloria’s fallen,” he said, “The fire department is already there.”

Early-riser Gloria had been carrying a basket of laundry outside, to hang it on the clothesline.

But her knee gave out on the right side; she slipped and fell. The impact exploded the basket into orange plastic fragments. Fortunately, her face landed in the laundry, which padded her fall, preventing a possible skull fracture.

Her arm and shoulder hurt terribly, and she could not get up.

She might have lain there in the dark for hours, if not for good neighbor Lisa Alves, who heard Gloria’s groans and came to her assistance, contacting the fire department…

When I reached home, Gloria was arguing with the fire department people. They were saying they could not leave her without help, and they needed to call an ambulance for her. And Gloria was saying oh, no, that was too expensive.

On the drive to the hospital it seemed like every pot-hole in California was reaching for our car. Every bump was a jolt of pain for her.

At the hospital they x-rayed her arm and shoulder, and set up an IV drip of morphine into the back of her wrist.

It was long hours before the doctor gave his diagnosis.

“Your shoulder is broken; we’re sending you home,” he said.

That did not make sense. If she was injured, should she not stay in the hospital?

“No”, said the doctor, “This kind of bone injury will hopefully heal on its own.”

They put her on pain medication: Oxycodone tablets, one every six hours.

“I am going to be addicted,” worried Gloria, and her concern was not without foundation. Oxycodone is one of the most addictive drugs on the market.

But what else could we do? The pain was incapacitating, and even the pills just took the edge off, from a 10 to an 8, or maybe just 9.

Until she is well, I must be her arms and legs and hands, the extension of her will. 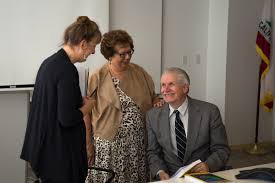 It must be comical to see her chase me around the kitchen, dictating my every move. My cooking skills, to put it kindly, are limited. On my own, I would live on pizza, smoothies and cold cereal. But Gloria intends for us to eat properly, and since she cannot cook right now… “On the right-hand corner of the third shelf are two bottles of spices, one on top of the other; you need one shake of each…”

And of course there is dressing, bathing, plant watering, house cleaning, all the endless chores we take for granted until we cannot do them for ourselves.

How long will it take for her fractured shoulder to heal? Almost certainly months.

Naturally, I went to the California stem cell agency’s website, to see if there were any clinical trials going on which might help.

To my delight, I learned that CIRM has been funding a bone repair therapy: to accelerate the healing of aged (as in senior citizens’) bones.

Dr. Jill Helms of Stanford had been experimenting with WNT-3A, a protein. It accelerates growth for certain body tissues, including bone.

In her experiment, anesthetized mice had tiny holes drilled into their legbones. When they woke up, they were put on pain-killers, and injected with WNT-3A. 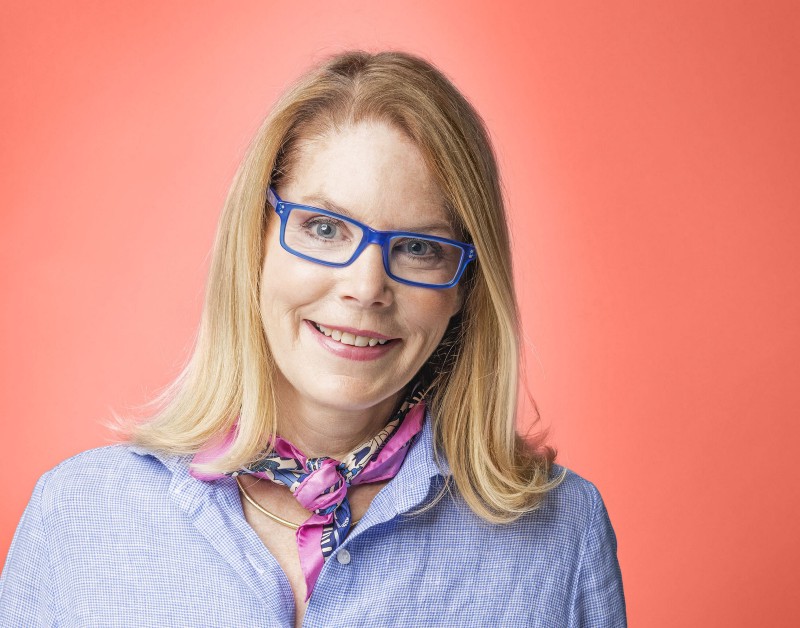 With WNT-3A, their healing accelerated as much as 350% — three times as fast as a non-treated mouse. The WNT-3A mice were completely healed after 28 days, unlike the control group (no growth factor) which took much longer.

And this Thursday, March 21st, an advanced form of WNT-3 bone healing therapy will be judged by the board of directors (ICOC, the Independent Citizens Oversight Committee) of the California stem cell agency.

The project would not immediately help Gloria, being narrowly focused: for patients having spinal fusion surgery: to repair their backbones.

But if it passed, it would be a huge step in the right direction: starting procedures for a clinical trial, including: a toxicology test in a rabbit model of spinal fusion, mimicking the surgery that will be done in patients; establishing the GMP (Good Manufacturing Practice) of the WNT-3A protein, suitable for use in human patients; and the preparation and conduct of an Investigational New Drug filing with the Food and Drug Administration (FDA).

Long-term, its potential seemed extraordinary. If WNT-3A could fix one kind of broken-bone injury, why not others?

This year, 6.8 million Americans will suffer bone fracture. Many will be of an advanced age, like my beloved Gloria.

We must find a better way to heal them — friends, neighbors, family, loved ones — not just send them home with pain meds, hoping the injury will heal on its own.

P.S. Naturally, I had written a letter of support for this important effort, which would be decided at the next meeting of the board: the Independent Citizens Oversight Committee (ICOC). Maria Bonneville of CIRM was kind enough to read it into the public record.

Dr. Helms was in the room, and shared the following note:

“DON!!!!!!! Oh my gosh, I am so excited and relieved! Maria Bonneville read your statement and the room was so quiet, you could hear a pin drop. It was a poignant and important reminder to all of us why we are doing this…

“My best to Gloria…”

And then there was nothing to do but wait, as one by one the members of the board were asked for their decision.

And so it went.

So much that means!

Nearly four million dollars would be dedicated towards a more rapid way of healing of fractured bones. CIRM’s press release summed it up:

Does this mean in five or ten years, there will be a cure for bone fractures?

We cannot know. But we can absolutely guarantee that if we do not try, there will be no progress, no successes, and no cures.

And this is how CIRM does its job: supporting and coordinating the efforts of scientists, public education institutions, and private enterprise.

So long as their funding lasts, they will go on, fighting for the better way.

— Don C. Reed is the author of “CALIFORNIA CURES: How the California Stem Cell Program is Fighting Your Incurable Disease!”, from World Scientific Publishers, Inc., who brought you the work of the late Stephen Hawking.

P.S. Unfortunately, Gloria’s injury is more serious than we had hoped, and she will be undergoing shoulder replacement surgery. Your thoughts and prayers are appreciated. Thanks!!!