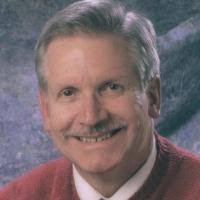 Reed served on the Board of Directors for Proposition 71, the citizens’ initiative which led to the $3 billion California stem cell agency, and has supported it vigorously ever since. As David Jensen of the CALIFORNIA STEM CELL REPORT remarked, “Don has probably attended more public meetings of the CIRM than anyone else, including staff.”

In efforts to preserve scientific freedom, Reed opposed the Bush Administration’s attempt to ban advanced stem cell research via the United Nations; organized support for the Stem Cell Research Enhancement Acts of 2003 and 2007; fought for Missouri’s Stem Cell Research Amendment 2, and Michigan’s Proposal 2, both successful. His testimony for the Kennedy Committee on stem cell research is recorded in the Congressional Record, and he led a roomful of advocates in cheering for President Barack Obama, as he reversed the Bush restrictions.

Author of the forthcoming book, STEM CELL BATTLES: Proposition 71 and Beyond, from World Scientific Publishing, Inc., Reed is a prolific writer, with roughly 200 pieces published by the Huffington Post alone. He has written five books about sharks, dolphins, eels, seals and killer whales he worked with a professional scuba diver at Marine World, as well as numerous magazine articles for such publications as THE LANCET, BOY’S LIFE and OCEANS.

Reed has received numerous advocacy, teaching and writing awards, including: the first-ever Patient Advocacy Award from the California Institute for Regenerative Medicine, the first Stem Cell Action Award from the World Stem Cell Summit, the Willie Shoemaker Award for advancing awareness of Spinal Cord Injury, Teacher of the Year for the Fremont School District, Highlights for Children’s Best Science Article of the Year Award, the U.S. House of Representatives Community Service Award, and others.

Married to Gloria for 46 years, Reed is proud father to Roman and Desiree, and has four amazing grandchildren: Roman Jr., just admitted to Cal Berkeley, Jason the athletic, Jackson the entrepreneur, and Katherine, the Great.

Chronic diseasethreatens the world.
In America alone, more than 100 million children and adults suffer chronic (long-lasting or incurable) diseases. These are not empty statistics, but people we know, members of your family and mine...