On September 10th, 1994, my son Roman Reed received a spinal cord injury while playing college football. One moment he was having a superb game at middle linebacker, with eleven solo tackles and a diving one-hand interception; the next he collided with a 351 pound blocker and went down.

He has been paralyzed ever since. For 26 years he has endured the agonies of the damned, with no days off, never one moment when he is not paralyzed.

Wherever possible, we have turned to science. When my daughter Desiree heard about an experimental medication (Sygen) going into clinical trials, I tried to get Roman in, but missed the deadline by one hour. I obtained the medication from Switzerland anyway, and went deep in debt to pay for the injections and six months of physical therapy. His mother Gloria had the house rebuilt (more debt) for adapted living. 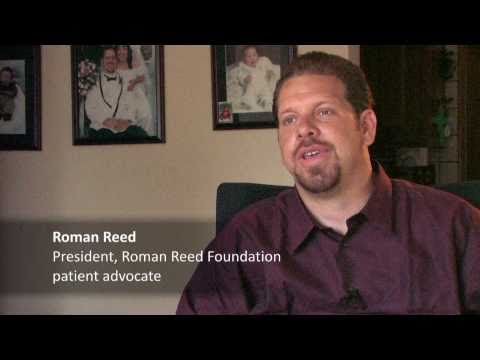 Tom Okarma of Geron Inc., fought to take the research to clinical trials, before his company backed out of the stem cell effort for financial reasons.

But while these were strong steps forward, they paled in comparison with Proposition 71, the $3 billion California Stem Cell Research Proposition, begun and led by Bob Klein.

The clinical trials for paralysis have continued. The results?

No one was made worse, achieving the goal of safety; “First, do no harm”.

With safety established, greater quantities of cells were given to the next group of newly paralyzed volunteers. Improvements came, increased upper body strength and control. People like Jake Javier became visibly stronger and more active, returning to college.

But other problems emerged. The stem cell treatments were only for new injuries, the “acutes”, and that was not enough. Everyone wants the “chronic” injuries to be improved: people who have been paralyzed for more than just a few days. There was also the difficulty of the scar left by the injury, which formed a barrier to messages between brain and body.

How to get around the scar?

UCSD’s Mark Tuszynski hopes the concept of “relays” will answer that problem. Using a dye marker revealed his progress — x-rays show a flood of green leaping over the scar.

“Dr. T” used stem cells imbedded in gel, plus a nerve “fertilizer” — and gained chronic results. The rats that were tested in the study gained significant hand control (50% function) even after more than a year post-injury — a long time in spinal cord injury terms!

Dr. Tuszynski showed good success even with severe injuries, like rats with completely severed spines, which could move all four limbs. He was able to duplicate this with rhesus monkeys as well.

She works at UCLA on a CIRM grant.

But she also commutes to the Beijing Advanced Innovation Center for Biomedical Engineering, at Beihang University in Beijing, China, where she fights paralysis.

She and Dr. Xiaoguang Li developed a way to remove the spinal cord injury scar, with an MRI device to “Guide the excision of scar tissue.” After that, a gel called NT3-chitosan (a nerve fertilizer, perhaps similar to Tuszynski’s) was placed in the wound., “to enable SCI repair and monitor regeneration, potentially in patients entering…the chronic phase.” — http://www.xinhuanet.com/English/2018–05/31/c_137220891.htm

By law, that money must be spent in California. But international cooperation allows us to get more bang from the buck. So, we pay our scientists, they pay theirs, and both sides publish their work.

It is vital that the California stem cell program continue.

Proposition 14 would make that happen, by continuing the funding for CIRM.

The man millions thought of as “our Christopher” kindly dictated an introduction to my first book, “STEM CELL BATTLES”, saying:

“One day, Roman and I will stand up from our wheelchairs, and walk away from them forever.”

Cure did not come in time for the paralyzed Superman, but the flame of his faith still guides our way.

We will, as he always said, “Go forward!” — and we will prevail.

Do it for someone who drives a wheelchair.

P.S. Want an overview on how CIRM is fighting spinal cord injury? Go to:

There are numerous videos,(including one featuring Roman!) general interest

explanatory pieces — and 21 links to attempts to defeat spinal cord injury paralysis. Some are focused on total cure; others choose one aspect of the problem.

Below is a quick summary of CIRM paralysis cure research projects:

progenitors to the central nervous system;

17. Aileen Anderson, University of California, Irvine: role of the microenvironment in human iPS and NSC fate and tumorigenesis;

Available for the clicking of a computer button, www.cirm.ca.gov is a library of information, pieces of the puzzle of cure.