GOALS FOR AFTER THE ELECTIONS — or, The Man Who Taught Bruce Lee 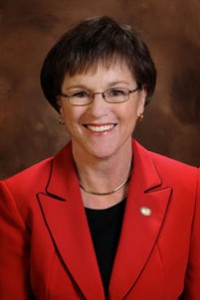 Laura Kelly, who brightened the lives of Kansans by defeating Kris Kobach for Gvernor. Ballotpedia photo

An architect of misery, Kobach is the man who designed Trump’s plan to make Mexican-Americans pay for the Southwest border wall. (He intended to tax the little bits of money field-workers sent home to their families in Mexico.)

Now the midterms are over — though of course there is wrap-up work to be done, including what I hope will be a complete re-vote for the Georgia Governor’s race. That contest was marred by Brian Kemp, infamous as the Secretary of State who oversaw his own election contest. During his time in office he suppressed more than a million voters in his state, systematically removing their right to vote.

Also, we are still holding our breath about Florida, where both gubernatorial and Senate races appear headed to legally required recounts!

When the votes are fairly counted, there should be Democratic smiles all around, especially on the faces of Andrew Gillum, Ben Nelson and Stacey Abrams.

Overall, the outcome was terrific. Nancy Pelosi was proven correct in her prediction that Democrats would take back the House of Representatives.

Also on a positive note, Florida voters restored the right to vote to 1.4 million non-violent felons who have served their time. Their debt is paid; their American right is returned to them. Congratulations, Florida!

Already begun, the 2020 Presidential fight will be epic, no question.

But there are also other gardens we must tend.

What are your goals right now?

I have three main goals ahead of me: one is life-and-death important, the second is, well, not important at all — and the third is not my secret to give away.

Let’s take the fun one first.

Have you seen any of the IP MAN martial arts movies starring the amazing Donnie Yen in the title role? If so, you have heard about the Wing Chun style of fighting.

According to legend, the Wing Chun style began when a Buddhist nun, Ng Mui, taught a beautiful maiden, Yimm Wing Chun, to defend herself against an unwelcome suitor. After the bully was defeated, Ng Mui named the style after the woman, Wing Chun, which means “forever Spring”. I love that legend, and do not care if it is factually accurate or not.

Here is a clip from “Stranger from Shaolin” with Cecilia Wong as Wing Chun, which shows her training. Some movie exaggeration, when she breaks the poles, but ignore that part. Ms. Wong clearly knows the style, and it is beautiful to watch, especially the section with the wooden dummy. 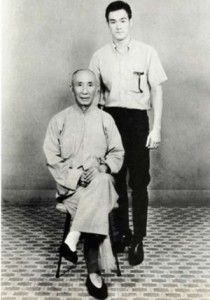 When Ip Man was close to dying, a friend reminded him there was no film record of him performing the various Wing Chun forms. A movie camera was set up. Ip Man gathered his energies, performed the empty-hand sets which are the basis of the style — and the wooden dummy form, Mook Jan Yong. With supreme grace and dignity, the master of Wing Chun performed his martial sets once more. Then Ip Man returned to bed and shortly died. His memory is honored.

Here is the actual film of Ip Man in his last performance, doing the wooden man form. It is blurry, short, and a piece of history.

My personal goal is to learn Ip Man’s wooden man set. I have a practice “dummy” in my garage, (like a telephone pole with arms), and own a few books on Wing Chun.

So every day I practice. I figure it will take two years. I am 74 now, and on my 76th birthday I intend to do the complete wooden man set, by memory, all 116 moves.

That is my first goal, of no importance to anyone but me.

But the second goal is important to everyone, people all across the world: that California may continue to fight diseases for which there is at present no cure, advancing regenerative medicine: stem cell research and gene therapy.

The program which pays for that research (CIRM, the California Institute for Regenerative Medicine) is running out of money.

Will there be funding to renew it? That depends.

In mid-2019, a state-wide poll will be taken by Bob Klein, the man who began the stem cell agency. He will ask California: should the program be renewed?

If there is strong support, Bob will lead the effort once again — this time to raise five billion dollars. It will be the greatest stem cell battle of all time.

My goal? To spread awareness of the fight: to highlight the amazing progress the stem cell agency has made, and to contain it in a third book about that epic struggle — and to help in any way I can to renew CIRM’s funding.

There is a personal link between those goals. In the campaign for the original Proposition 71, which raised $3 billion dollars in funding, I worked with a woman named Melissa King. After the campaign, Melissa went to work for CIRM, where she held a position of authority. Here she is with three champions of CIRM: founder Bob Klein, current President Jonathan Thomas and CIRM attorney James Harrison. Today, Melissa is Executive Director of Americans for Cures Foundation, Bob Klein’s group, where I have the honor of being Vice President for Public Policy. 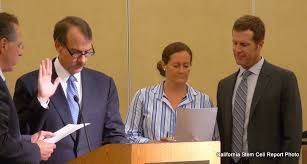 Melissa and I worked together for about a year, during and after the campaign. We were often the first to arrive at the office in the morning, and we liked to begin the day with a five minute practice of the first set of the Wing Chun style, Siu Nim Tao, the only one I know well enough to share. (Siu Nim Tao, incidentally, means “way of small understanding”, which is an accurate assessment of my knowledge!)

To see what that looks like when done properly, go here. (That’s Donnie Yen, doing the moves without any special effects; that is just him.)

So those are my goals — to learn the Wing Chun wooden man set, to help pass the renewal of California’s stem cell agency; and one more, which must remain secret for right now. It is not mine alone, so I cannot share it immediately. But I hope to do so later on!

In the meantime, would you like to know more about the California stem cell research agency, and our hopes of renewing it? There are three ways:

1. Check out my website at: www.stemcellbattles.net. Sign up for future articles (like the above) for free. Also, it will tell you how to reach the Americans for Cures Foundation, a wealth of good information and friends;

2. Drop me a line at dreed@americansforcures.org;

3. Or check out the program for yourself, at www.cirm.ca.gov. Click on “Public Meetings” and join us. You are welcome; be a part of California’s stem cell future!

Don C. Reed is a writer in Northern California.