FIGHTING BREAST CANCER: Another Reason to Vote YES! on Prop 14

In the movie THE FAMILY STONE, Dianne Keaton’s character had a double mastectomy — amputation for breast cancer. I heard later that the actress had fought hard to retain that shocking scene, which made breast cancer real for millions. (1) 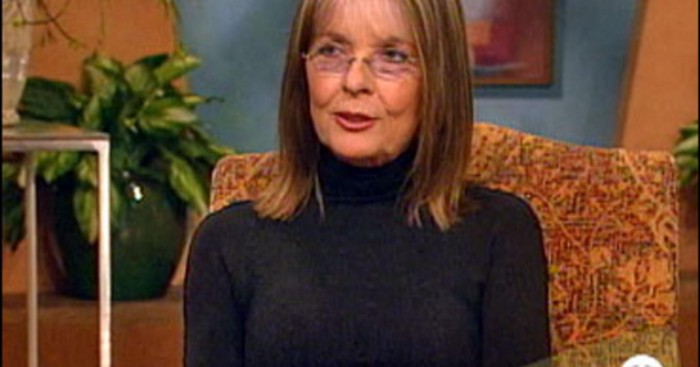 The impact on me when I saw those red lines across her chest? I remembered that my mother died of breast cancer.

Ms. Keaton’s character survived because they caught the cancer early, when the deadly disease was still contained, and could be removed. But if they had waited until the cancer spread to her internal organs, like the lungs or brain? When the cancer spreads rapidly (metastasizes) into other organs, that is when people die.

Chemotherapy? That blasts the body with poison, killing cancer cells. It is often effective and may save the person’s life — but it also kills a lot of other body tissue, like the hair follicles, which is why people undergoing chemotherapy often lose their hair.

Chemotherapy is said to be “like destroying an anthill with an atomic bomb; there’s a lot of collateral damage.” (2)

But what if the chemo­therapy could be more narrowly targeted? Remember the war movie RAMBO, in which Sylvester Stallone used exploding arrows?

There was a hand grenade on the tip of the arrow. Chiseled muscles flexing mightily, Stallone would pull back the drawstring, and let loose the arrow bomb — and he was such a good shot that he only killed bad people!

Imagine a stem cell like that amazing arrow. Loaded with chemotherapy, it makes its way politely through all the good cells — excuse me, please, sorry, coming through — until it reaches the cancer. The stem cell would stay there for a little bit, stuck in the tumor: and then, at a signal, release the chemo.

This critically important work was performed at the Sue and Bill Gross Hall: a CIRM Institute, at UC Irvine. Here is how the CIRM weblog team saw it:

“…a UC Irvine (UCI) team has devised a stem cell­-based technique that can seek out and destroy breast cancer cells that have metastasized in the lungs of mice by sensing the stiffness of the surrounding tissue.” (3)

The question is: how do we send the chemo to the cancer — just the cancer? You have heard how doctors tell women to do self-­examinations, searching for lumps? Those can be caused by a stiffening of body cells, brought about by certain enzymes. Stem cells could be engineered to seek out those specific enzymes.

With the Zhao method, the loaded stem cells travel through the body until reaching the stiffened tissue — and only then is the chemotherapy released.

“These engineered stem cells accumulated in tumors, delivering the first half of a two­part cancer therapy: the enzyme cytosine deaminase. A drug called 5­fluorocytosine was then delivered systemically, and cytosine deaminase in the tumors activated the drug, providing local anticancer activity with no off-target damage in mice…” (5)

As of this date, Dr. Zhao has not applied for a CIRM grant on his approach to fighting breast cancer. We spoke several times on the phone, and he does plan to apply for CIRM funding in the near future, in hopes of translating this novel treatment to the clinic. Until human trials are done, the value of the technique cannot be known.

“Zhao acknowledged that his team has a while to go before it can prove that the treatment is effective in people. So far, it’s only been tested in mice. As a result, FDA approval and human trials could be years away.” (6)

How important is it that exploratory work like Dr. Zhao’s go forward?

As I write this, November 3rd is just days away: that crucial date!

With all my heart I hope you ( your friends and family!) will vote YES! on Proposition 14, the California Stem Cell Research, Treatments and Cures Initiative of 2020?

It is incredibly important. Research like Dr. Zhao’s needs funding to go forward — and that is why the California stem cell program exists.

This is a once-in-a-lifetime opportunity. When Proposition 14 is approved, millions of people suffering chronic disease will have an increased chance of cure.

But don’t just take my word for it.

Go to www.caforcures.com and see the 80 groups endorsing Prop 14. See some of the people whose lives have been saved, and hear their unpaid comments.

See some of the 94 clinical trials, with volunteers helping advance stem cell treatments into everyday reality.

This is the biggest thing in my life.

You too have personal reasons to support Prop 14, family members or beloved friends — or you yourself — fighting diseases which threaten your life, or your quality of living.

Vote YES on Prop 14, to renew funding for the California stem cell program.

Tell a friend. Tell two friends — tell everybody on your e-mail list!

Vote YES on 14: the California Stem Cell Research, Treatments, and Cures Initiative for 2020.