CAN WE DEFEAT DIABETES?

Diabetes may not sound too terrifying, at first, perhaps because we have heard the word so often.

But it is deadly nonetheless. As the International Diabetes Federation puts it, “diabetes is associated with stroke, cardiovascular disease, blindness, kidney failure and lower limb amputation.”

Here is an ordeal faced by a child diabetic, as told by her father:

“Kaitlin was in a crib-like bed, with machinery, tubes and personnel all around. She had been poked, prodded and handled. Her color was horrible; she could not even cry any more. I leaned over and pushed her hair out of her face. Her eyes were lit with fear. I kissed her. She tried to smile.

“She was only two. She rolled her head as if to show me everything around her, everything she was hooked up to, including the IV in her arms. She looked at them and then at me.

Just a leaf-sized organ, the pancreas provides beta cells to process sugar, part of the digestive process. But if it fails to do its job? For thousands of years, that meant death. The only treatment was a diet so strict that people sometimes died of starvation — at best they only gained a little time, perhaps a year.

But scientists can fight. A Canadian champion, Dr. Frederick Banting, and a medical student, Charles Best, removed a dog’s pancreas, squashed it, froze it with salts, and liquefied it, making insulin. As long as the insulin lasted they could keep the dog Marjorie alive. From cows and pigs, the scientists went on to make more. 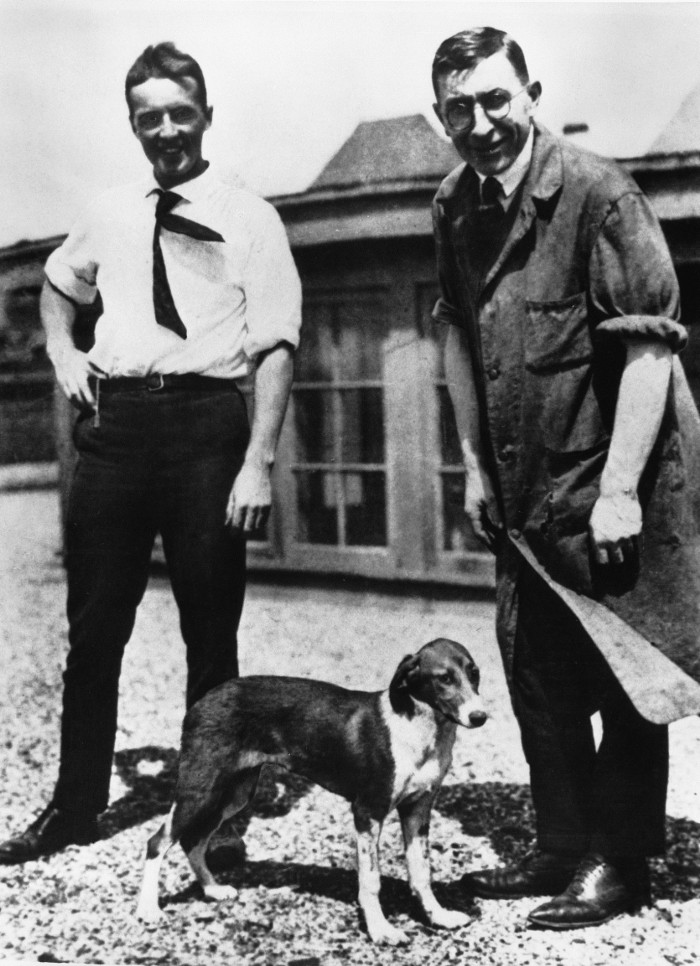 Banting, Best, and Marjorie — heroes in the fight against diabetes.

And in one of the great moments of medical history, Banting and Best went into a hospital’s diabetes ward. Before them lay 50 patients, children in comas, their families gathered around them, helpless, waiting for their loved ones to die.

The two scientists went from bed to bed, injecting every patient in the ward with the purified insulin.

“Before they reached the last dying child, the first few were wakening from coma, to the joyous exclamations of their families”.

The patent for insulin was sold to the University of Toronto for 50 cents — and that institution shared the knowledge with the world.

Stanford’s Paul Berg’s Nobel Prize-winning work with recombinant DNA led “to a strain of bacteria (with) the gene for producing the… hormone insulin.”

Today, diabetes patients can be kept alive, but at the cost of multiple injections of insulin every day, plus blood-testing stabs in the finger. The popular “pump” helps stabilize the process, but still a diabetic must monitor every bit of food — balancing its sugar content against the demands of exercise and insulin.

If the blood sugar is too high, blindness may occur: if too low, a coma.

The size of the problem is hard to grasp. As many as 29 million Americans have diabetes, roughly one in eleven. The disease kills or contributes to the death of at least 83,564 Americans a year. Other estimates range far higher.

Financially? The cost is staggering: roughly $249 billion a year, almost a quarter of a trillion dollars spent to take care of our suffering loved ones.

A diabetic’s life may be a decade shorter than normal.

But patients and their families, doctors, scientists, advocates — are fighting back .

Bob Klein, father of Jordan, a son with Type 1 diabetes, is the man who designed and led Proposition 71. That citizens’ initiative became the California Institute for Regenerative Medicine, (CIRM) the $3 billion stem cell program. 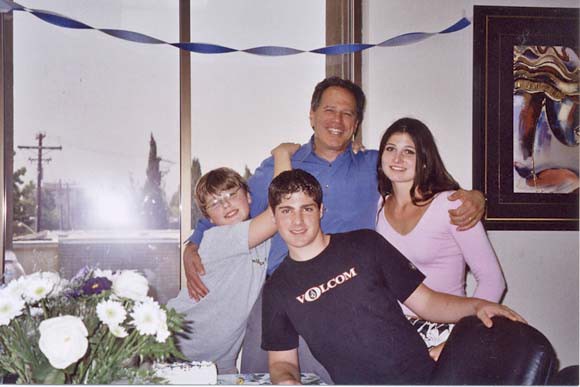 Bob Klein at his happiest: with sons Jordan and Robert, and daughter Lauren

This was not Bob’s first attempt to fund medical research. A bar-admitted graduate of Stanford Law School, Klein was principle negotiator for JDRF, formerly the Juvenile Diabetes Research Foundation.

In 2002, just before the American invasion of Iraq, everything was focused on the preparations for war. President George W. Bush would not even consider signing any legislation unless it was backed by 100% approval, both sides of the aisle, Republicans and Democrats alike — plainly impossible.

They were fighting for research funding, and for medical emergency, providing insulin for Native Americans on reservations — lives were on the line.

It all came down to one Senator’s vote. Don Nickels, Republican of Oklahoma, was blocking the passage of that bill.

The diabetes community went into full battle mode. Thousands of communications were made; the business community reached out to the Senator’s office, as did patients and their families, medical and science groups, basically everyone who knew anyone in the diabetes network. The Senator’s phone lines were repeatedly jammed, too many people trying to contact the Republican from Oklahoma.

Two hours before the deadline — Senator Nickels reversed his position.

A 5-year national commitment to fight diabetes went ahead: for $1.5 billion.

But his father’s efforts did not falter. Today Bob leads the effort to renew the California program, working to defeat not only diabetes, but all forms of chronic disease.

Can diabetes be cured? A donated pancreas can be transplanted with positive results. But this requires a spare pancreas, which means someone had to think ahead, and become an organ donor. It is easily done, just ask at your local Department of Motor Vehicles. You will get a little pink dot on your driver’s license, as there is on mine.

But there are never enough organs. A better way is needed.

The California stem cell program supports scientists attacking diabetes from many angles, including:

For me, the most exciting approach is being done by a company called ViaCyte, Inc., which CIRM has supported with grants and loans over the past decade. The work was done by scientists Howard Foyt, Olivia Kelly, Evert Kroon, Kevin D’Amour, Allan Robbins, Alan Agulnick, company President Paul Laikind, and others.

As you know, embryonic stem cells can differentiate into any cell in the body, after first becoming a precursor, the “inbetween” stage.

What if stem cells could change from embryonic to precursor to beta cells — and then, acting as a substitute pancreas, provide insulin when required?

The ViaCyte approach involves a stem cell line, and a porous container to encase those cells, the “Encaptra”® delivery device.

Flat, thin, slightly smaller than a credit card, the device and its cellular contents are designed to be placed under the skin of the patient. There, it is hoped, the cells will integrate with the body. The precursor cells will turn into beta cells; the body will provide nourishment — and the pores in the device are too small for the patient’s immune system to enter and kill the cells.

Interestingly, ViaCyte partners with GoreTex, the fabric that keeps you dry — even though it has nine billion pores per square inch.

The insulin “dispenser” can be taken out if needed, but the intent is that it will be in the body on a long-term basis, hopefully permanent, and its owner can just forget about it. 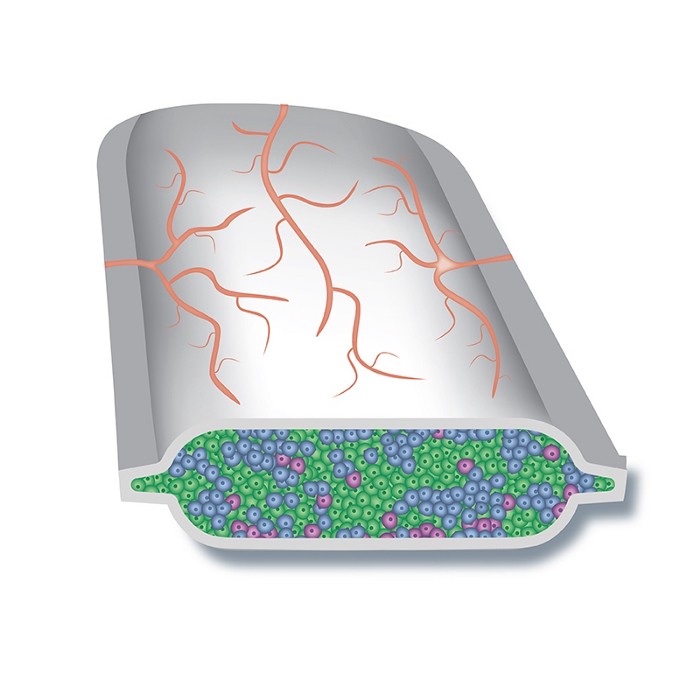 There is also a variation with a more open device, intended for people in greater danger, the PEC-Direct ™ product.

Is this just “pie in the sky” wishful thinking? No. The ViaCyte PEC-Direct ™ and PEC-Encap ™ candidates are in clinical trials right now, being tested with patient volunteers who want a normal life again.

Without CIRM’s funding, this method might never have seen the light of day.

Bob Klein of course has seen pretty much everything there is, when it comes to diabetes treatment or research. And he said of the ViaCyte effort:

“One of the most important and promising projects CIRM has ever funded,” he said.

I had a brief conversation with Dr. Kevin d’Amour recently, the vice President and Chief Scientist of ViaCyte. 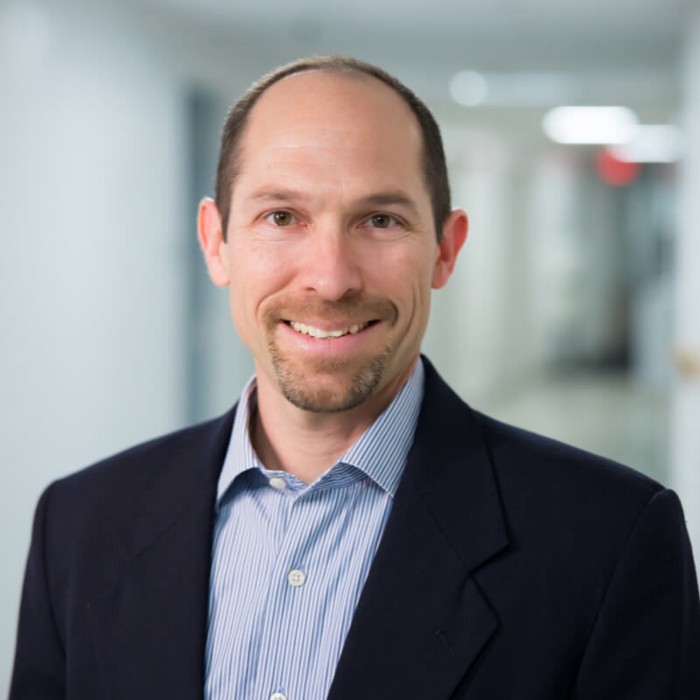 These trials were for Type 1 diabetes, the more immediately deadly variety.

What about Type 2, generally more mild, but which affected many more patients, a ratio of roughly ten to one?

“Some patients with Type 2 may require insulin — and that could make them eligible for the new therapy.”

Like all researchers, he was not always easy to understand. If I had my way, every scientist would be required to teach a junior high school class on their subject, forcing them to learn “people talk”. It is hard for folks to support what they do not understand. He agreed with that, describing lectures given to high school kids, sharing with them the joy of science.

But if his words were sometimes too big for my small brain to follow, his enthusiasm was crystal clear. He spoke about being drawn to biomedicine: “I caught the stem cell ‘fever’”, he said, appreciating experts like UCSD’s Dr. Fred “Rusty” Gage. He took pride in the young scientists who ended up working for ViaCyte.

What were the challenges faced by the field?

“Whenever you put anything into the body, you face the foreign body response,” he said, “That is not the same thing as rejection, but still it is a concern.”

What did he feel was the impact of CIRM?

“We are doing things never done before,” he said, “We are re-imagining medicine.”

On November 3rd., vote YES! on Proposition 14: the California Stem Cell for Research, Treatments and Cures Initiative of 2020.

It will restore funding to the California stem cell program, and let it continue its great work.

Don C. Reed is the author of “REVOLUTIONARY THERAPIES: How the California Stem Cell Program Saved Lives, Eased Suffering, and Changed the Face of Medicine Forever”, from World Scientific Publishing, Inc., 2020, and other books on stem cell research.