This coming November 3, if you are among the thousands of Californians with a spinal cord injury, you need to vote to renew the California stem cell program.

Let me tell you why.

My son, Roman Reed, has been paralyzed for 26 years, ever since September 10th, 1994, when he broke his neck in a college football game. 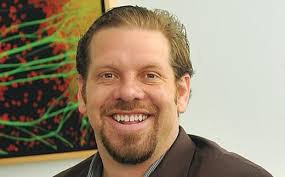 On March 1, 2002, opening day for the new spinal cord injury lab at UC Irvine, I held in my hand a rat called Fighter, which had been paralyzed, but walked again. I felt the tiny muscles struggling to be free, and this while Roman sat and watched, a few feet away. It was like touching tomorrow.

But though we were just burstingly proud of “Roman’s law”, still it was just $1.5 million a year for ten years, plus $87 million in add-on grants from other sources. It sounded like a lot, and it was, but not

Enter Bob Klein, father of a diabetic son. Working with JDRF, Bob helped raise $1.5 billion (with a “b”) for diabetes research. 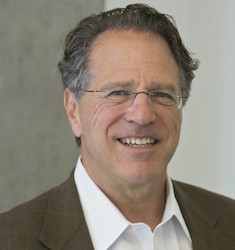 An advocate once asked Bob, would he consider raising another billion dollars, to help advance stem cell research?

That is Bob Klein, who is now leading the charge to renew funding for the program (the California Institute for Regenerative Medicine) he and other patient advocates built — with an additional $5.5 billion.

How does that affect our paralyzed family members?

Go to the following URL and find out.

(Important: spinal cord injury is only one cause of paralysis; others include stroke, multiple sclerosis and a variety of neurological diseases. Altogether, as many as 5.6 million Americans may be paralyzed today.)

Looking at the list of scientists who received grants to pursue research, two names leaped out: the aforementioned Hans Keirstead, and Mark Tuszynski of UC San Diego. Both we knew of old, being recipients of grants from Roman’s Law.

Keirstead’s approach re-insulated some of the nerves in the wound area, “re-myelinating” them, so they could pass along messages from the brain, through the spine to the muscles. 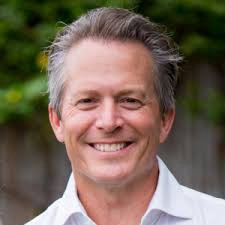 Geron Corp, the company that was originally going to develop the therapy, backed out for financial reasons.

But other groups took it on — because CIRM backed it up.

Slowly — agonizingly slowly — the therapy went through the tests, until at last it was tried by volunteers like Rich Lajara and Katie Sharify — who participated, even knowing they would not personally benefit. Both took part in the safety tests, receiving minimal doses, two million cells, just enough to find out if anything would go wrong. 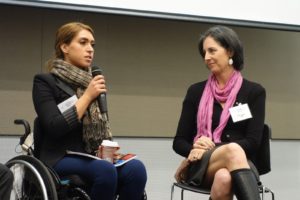 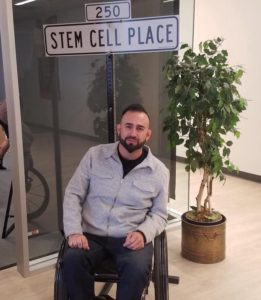 But nothing did go wrong. And the next groups got more of the healing cells; until at treatment levels of 10 and 20 million cells, improvement took place: upper body function: hands and arm use began to return, for people like Jake Javier, who regained triceps and finger motion, and used his new ability to attend college, and go on with his career. 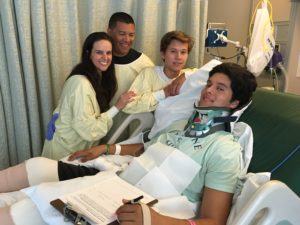 But wonderful as that was, it was only for the “acute” patients, newly injured, up to two weeks. What about the millions already paralyzed, not for weeks, but years — or decades, like Roman?

The problem was a scar at injury level, which blocked messages from brain to body, so the person might think “move” and the body would not respond.

Mark Tusznski had an idea. Instead of trying to protect the “survivor nerves” still intact after the injury, why not bring in new nerves, lots of them, and let them leap across the scar? Tuszynsky designed a tiny biodegradable scaffold, to bridge the gap across the wound.

And, to Tusznski and his team’s delight, something unexpected happened. The new axons fought their way through the scar, and established connections on the other side.

First, Keirstead’s ground-breaking therapy was “…bought and sold by a series of companies, ending up in Lineage Cell Therapies. Just days ago, the company attained a patent on the procedure… using OPC-1, the original stem cell line developed…on a Roman Reed grant…”

And Tuszynski? On July 17th, 2019, he made a presentation before the board of directors of CIRM. His grant proposal had been rejected, given a score of 80, when it needed a score of 85. Everything was on the line. He answered the critics’ objections, then said:

“We are the only stem cell project in the CIRM portfolio that aims to treat severe SCI…We aim to re-connect damaged circuits in the spinal cord, addressing a great unmet medical need.”

And then it was time for public comment. Naturally, I took full advantage, as is the right of every Californian. Here is a portion of that transcript:

“…More than twenty years ago, Dr. Mark Tuszynski was one of the first recipients of a Roman Reed grant for spinal cord injury research. Ever since, he has been working, quietly and steadily, in…the field of regenerative medicine.”

“His project today.. is the culmination of that lifetime of hard work [in] science. And it is spectacular. Usually, when I see a photograph of a spinal cord injury, it is hard for me to understand what is going on. It is a complicated x-ray of the spine, and the scientist points to a v-shaped little notch and says, that is the injury — and see that fuzzy growth on the edges of the wound? That’s it, that is the regenerated nerve. I nod my head and smile, but it takes a lot of faith to see anything.”

“Dr. Tuszynski’s work is different. It is impossible NOT to see new growth, even with an untrained eye — green-marked nerves leaping across the gap in the injured spinal cord, bridging to the other side — like the whole spine was slathered in green paint.

And what did that mean, in practical terms? Was there any recovered motion?

“Injured rats, with completely severed cords, regained significant motion, including the ability to move every joint of their legs,” said Dr. Tuszynski.

“… He has since gone on to achieve similar results with a non-human primate, the rhesus monkey.

“He has done every step of the early work required, achieving strong preliminary results. It is vital that his work go on…

“And maybe my son will benefit, and maybe so will many paralyzed people, like (patient advocates) Karen Miner, Susan Rotchy, Fran Lopes and more — after all the years of everybody’s hard work.”

“And the final vote — was to approve.”

Are you paralyzed, or is someone you love? Help us fight. Speak up for the renewal of CIRM.

Find out about the campaign to continue the California stem cell program: go to caforcures.com

Don C. Reed is the author of three books on the California stem cell program.

His most recent s “REVOLUTIONARY THERAPIES: How the California Stem Cell Program Saved Lives, Eased Suffering, and Changed the Face of Medicine Forever, ” World Scientific Publishers, Inc. Available at Amazon.com, or ask for it at your local library, when it re-opens for use.

[1] An FDA-approved clinical trial based on the work by a research team led by Dr. Hans Keirstead of UCI. The therapy contains oligodendrocytes, hESCs destined to become spinal cord cells, and the building blocks of myelin, the biological insulation for nerve fibers critical for maintaining electrical conduction in the central nervous system. Paralysis can occur when myelin is stripped away through injury or disease. [2] When the therapy was injected into rats in the laboratory, the precursor cells turned into oligodendrocytes and migrated to the injured area of the spinal cord, wrapping around damaged neurons and creating new myelin tissue which allowed electrical conduction to resume and the rates to walk again (UCI behind world’s first embryonic stem cell study in humans)