AGAINST THE THIEF OF MEMORY: How the California Stem Cell Program is Fighting Alzheimer’s disease

“The global epidemic of Alzheimer’s disease is worsening, and no approved treatment can revert or arrest progression of this disease.” — L. Goldstein, et al (1)

In the classic comedy Splash, an old woman comes to work oddly dressed, with her bra on the outside of her sweater. It was just a funny moment, never explained. But if the movie had followed her home, it would have ceased to be a comedy. Forgetting the order of putting on clothes can be a sign of Alzheimer’s disease (AD).

She might once have been a trusted businesswoman. But now, her career was over. She could no longer be trusted to write checks, because she might pay the bills two or three times, or not at all. At home, she might forget who her husband was, or her children, or not respond to her own name. At night, she might need to be locked into her bedroom, so she would not wander away.

There was no cure for the disease, and her only escape would be death. (2)

In America alone, nearly six million men and women suffer the disease. It is the 6th leading cause of death. (3)

Every 65 seconds, another American is diagnosed with Alzheimer’s. Each year, half a million new cases may be diagnosed. The mother of Bob Klein passed from Alzheimer’s. “The worst part was when she could no longer recognize her own family”, said Klein, founder and leader of the California stem cell program. 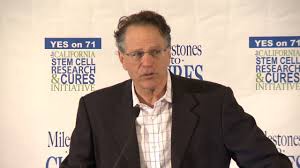 And the cost (financially, because of course there can be no dollar figure placed on suffering)? National Institutes of Health (NIH) estimates run well over 200 billion a year (2010 statistics). (4)

And worse is yet to come, a colossal burden for our children and grandchildren.

“By 2050, Alzheimer’s is projected to cost… upwards of one trillion dollars a year, crippling America’s healthcare system… ” (5)

“Unless you’ve experienced Alzheimer’s first-hand, it’s hard to comprehend the toll it takes on an entire family. Watching a loved one transform from a strong, independent person to a shell of their former self is nothing less than devastating,” said Lauren Miller Rogen, CIRM Alzheimer’s patient advocate and founder of Hilarity for Charity (HFC) the highly successful TV production which raises funds to fight Alzheimer’s. 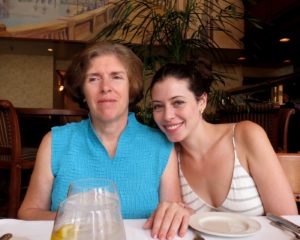 Lauren Rogen Miller is fighting to find a cure for AD, which afflicted her mother — personal photo

“My mother taught first-grade for 35 years. She spent the last 15 years of her life battling Alzheimer’s, and the final six in a bed unable to speak, feed, or care for herself. Fortunately, my family was among the fortunate few who could afford quality care for her. For so many, proper care is just financially impossible.”

Allow me to introduce some of the CIRM scientists challenging Alzheimer’s.

But first, please note that if funding for CIRM is not re-authorized in November, CIRM’s Alzheimer’s projects will be devastated. There is no replacement for the lost funds of CIRM, except renewal.

I have known two families blighted by this terrible condition, and want research money available to fight it.

The $5.5 billion initiative is called: “The California Stem Cell Research, Treatments, and Cures Initiative of 2020”.

So — California voters: watch for it on the ballot in November!

For you and everyone else, please endorse!

At Gladstone Institute, Yadong Huang has been working with GABAergic neurons, which are a population of cells regulating chemical messages through the brain and nervous system. Too much activity? GABAergic neurons must calm it down. 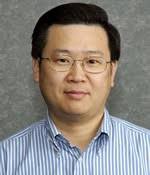 A region of the brain that contains these cells is called the hippocampus. Damage there may cause AD. But if GABAergic cells die off in the hippocampus, can stem cells be delivered in this region to replace them?

A completely different approach is being taken by Dr. David Schubert, of the Salk Institute for Biological Studies. Dr. Schubert reasons that aging itself may be a cause of Alzheimer’s, as well as Huntington’s disease and ALS.

But — aging? Is that not inevitable? What can be done about that? 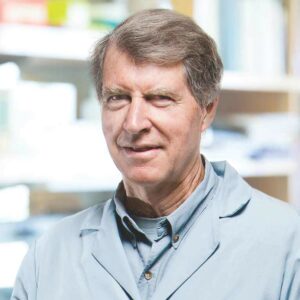 Using J1–47, a derivative of curcumin, the active ingredient in turmeric, Dr. Schubert was able to reverse some of the aging symptoms (including memory!) in mice that were aging rapidly.

He also is working on another possible game-changer, CAD-31. (8)

Other teams of scientists have been working with CIRM grants to attack Alzheimer’s. Let me share a 1–2 sentence summary of some their work, which is fascinating. But please remember I am an outsider looking in: this is a non-scientist’s perspective. For the actual scientists’ description of their work, go to their CIRM grant websites (provided below) and read their ideas.

In collaboration with Victoria, Australia, UC Irvine’s Frank LaFerla has used a virus to transplant neural stem cells, or growth factors, (food for the brain cells) delivered into the brains of mice, as a means to replace the cells that the disease has stolen. (9) 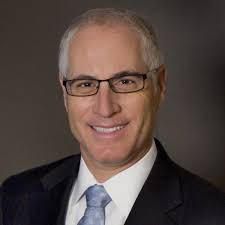 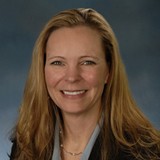 Douglas Ethell, at UC Riverside, is testing whether “immunotherapy…(may) provide cognitive benefits in a mouse model of AD”; (11) 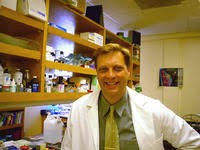 Alexandra Capela of Stem Cells, Inc, has worked to restore the lost memory cells; “AD results in neuronal death and loss of connections between surviving neurons. The hippocampus… responsible for learning and memory, is particularly affected in AD, and is thought to underlie the memory problems AD patients encounter. Evidence from previous animal studies shows that transplanting human neural stem cells into the hippocampus improves memory, possibly by providing growth factors that protect neurons from degeneration…” (12) 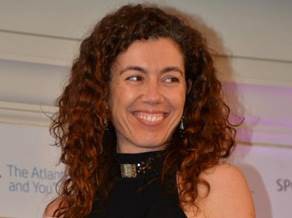 Roberta Brinton of the University of Southern California, has tested whether a naturally occurring steroid, Allopregnanolone, for prevention and treatment of AD; how wonderful that might be, to prevent AD before it started! (13) 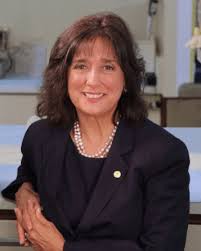 Roberta Bronton works on a possible way to prevent AD before it starts!

UC San Diego’s James Brewer is comparing skin samples (biopsies) turned neurons, from AD patients and the “healthy elderly”, to determine what goes wrong and why; (14) 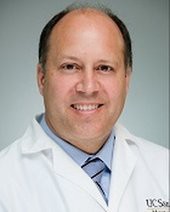 Tony Wyss-Coray of the Palo Alto Veterans Institute for Research, is studying how protein factors affect the aging nervous system; how appropriate it would be if some of our oldest warriors helped win this greatest fight! (15)

Scientists are reasonably certain that AD has a genetic component — but which gene or combination of genes? Mathew Blurton-Jones of UC Irvine is examining the role of the Alzheimer’s disease-associated gene CD33; (16) 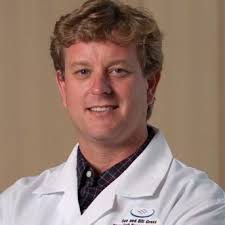 Each of these scientists deserves their own article — or book — about his/her work.

But if I had to choose just one scientist to sum up the struggle against Alzheimer’s, it would be Larry Goldstein, for many reasons. 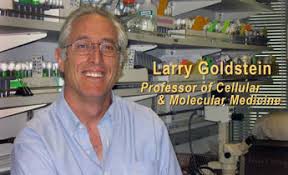 First, a seeming digression. While Goldstein’s papers are rich with the vocabulary of science, appropriate for the scientific audience which will read them, Dr. G. also knows how to bring the scientific lingo down to earth.

He can talk “people.” Asked a scientific question, he can answer in words of one syllable. He has a sense of humor, and is fun to listen to. This makes complex scientific ideas digestible to the average person; ideas and results are more impactful when they can be understood by many.

That is why Barack Obama speeches have a 9th grade vocabulary level. (17)

If a scientist speaks at the 17th grade level (Freshman in college) or higher, he/she will not be understood outside their circle of co-workers — but what about the rest of us? Funding requires public backing, and it is hard to support what we do not understand. So, if you are a scientist who wants public money, talk small.

The sheer volume of work Goldstein has accomplished is staggering. By my count he has published over 130 scientific papers on the most incredible subjects — he studied the internal workings of flies (Drosophila) for more than 20 years!

He can be found where the scientific action is, generally in a position of leadership; after early research at Harvard, he became an investigator at Howard Hughes Medical institute (1993–2012), concurrently with a professorship at the University of California at San Diego (UCSD). In 2006 he became Founding Director of the UCSD Stem Cell Program, a position he occupied for ten years. Since 2012 he has been Scientific Director for the Sanford Consortium for Regenerative Medicine- and that is the skimpiest outline possible for a massive and ongoing career!

He may work with the broadest of challenges, like this CIRM-funded project:

There are about as many possibilities for a project like that as there are bugs in an Amazonian rain forest!

He may also get down to the most highly detailed and specific: “Amyloid-beta — independent regulators of tau pathology in Alzheimer disease”; (19)

What does that mean? On the surface of an Alzheimer’s patient’s brain, are plaques and tangles. Previously, scientists thought these were interfering with the brain’s function, and thereby causing AD — and a cure might be found by removing them — but what if they were a result, not a cause?

If I understand Dr. Goldstein’s paper correctly, a root cause of AD may be an inability of the brain to process cholesterol — which could turn the battle against the disease in an entirely new direction. (20)

Such research — and such scientists — are the reason the California stem cell program must continue.

“It is part of the California commitment to attack Alzheimer’s, so one day we will be able to say: this assault on millions is just a memory.”